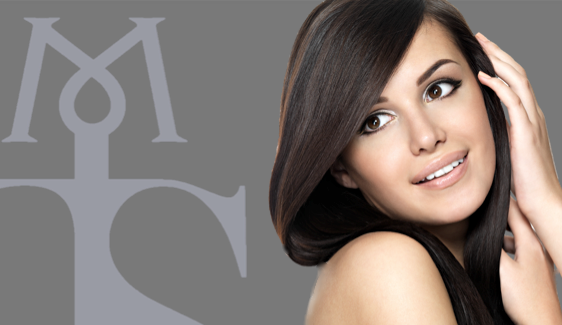 Rhinoplasty, the surgery performed on the nose to change its shape, comes in several different forms. But they all do the same thing, which is to help you feel better about yourself.

In the age of social media, faces with well-balanced features are attractive. The balance is easily thrown off by a slanting nose, no matter how slight is the deviation. If that is the case, you may consider a rhinoplasty procedure to correct it.

Let’s see what are the different nose correction options available.

The 2 main types of nose surgeries

No matter which part or feature of the nose is being corrected, the operation will be performed in one of two ways: with an open or closed surgery.

This may not seem like a huge difference, but it can be depending on exactly what you want to be done with your nose.

Some types of nose shaping procedures can only happen with either an open or closed surgery, so you should discuss the options with a trained cosmetic surgeon. They’ll be able to tell you what kind of incision is better and what you’ll have to do in preparation for each type.

A closed rhinoplasty leaves no visible scars since the incisions are all made within the nose. A discreet nasal incision is made for the correction of cartilage, bone, and septum.

A closed rhinoplasty is a modern alternative to open rhinoplasties. A nasal membrane incision is made in various locations to access the different components of the nasal framework instead of exposing the nasal structure.

Reduced recovery time is another advantage of closed rhinoplasty.

At Berkeley Square Medical, whenever possible, we prefer closed rhinoplasty over the open surgery method.

Open rhinoplasty, in which the skin is lifted off the nose and the cartilages are exposed, is one of the techniques for nasal surgery.

A small incision is made between the two nostrils on the columella, which is the column of skin between them.

Inside the nose, additional incisions are made. To hide the incisions, most external incisions follow a zigzag pattern.

The surgeon is able to view the lower third to half of the nose during open rhinoplasty and can reduce, reshape, or modify bones and cartilages once they are exposed.

Other types of rhinoplasty

The Alar base reduction is a surgical technique used for patients who come to our surgeon and feel as if their nostrils are too wide and/or flaring. The alar base is the section of your nose you feel when you place your finger flat against your nostrils.

Surgery to correct the alar base is an instance of how each part of your nose affects the other. To correct the nostril-flaring, your surgeon can use different surgical incision approaches, including:

Big nose or reduction rhinoplasty often does not require actual cutting of the skin, just reducing the nasal bones underlying your nasal frame.

This type of nose job involves approaching the nasal bones via cuts made inside your nostrils. Your surgeon will make cuts to the line on your nose and then brings the nasal bones together to reduce your nose’s overall size.

Because your skin is so elastic, the skin will adjust to your new, smaller nose.

Dorsal hump rhinoplasty is a surgery that eliminates the large bump in the midsection of some noses. The goal is to reduce the size of this bump without compromising other aspects or qualities of the nose, such as the relationship between the tip and the upper lip area.

This change can have a large effect on the overall appearance of the nose so a thorough pre-assessment is necessary to ensure results patients are happy with.

Smaller humps can usually be removed via a closed rhinoplasty operation that does not leave visible scars on the skin.

Ethnic rhinoplasty does not refer to a single type of surgery but rather to a procedure that aims to produce the shape and characteristics of a nose that is in harmony with the patient’s ethnicity.

There is a vast difference between noses of different ethnicities, and if one looks closely, even within the same ethnicity, variations can be found. For example, flat noses are more common in some ethnic groups.

A surgeon who is well versed in ethnic rhinoplasty will consider the ethnicity of the patient when planning the procedure, rather than look to achieve a standardized result for every person.

Deviated septum rhinoplasty, also called septoplasty, is where your surgeon adjusts the bones that separate your nostrils.

When you have a condition called a deviated septum, this middle portion is misaligned, which can affect your breathing through one of your nostrils. Septoplasty can be performed alongside reshaping of the nose if desired.

Nasal tip rhinoplasty is a more precise approach that can alter the tip of your nose. It can be performed to address both drooping and uneven nostrils. When performed in combination with other approaches, nasal tip surgery must be performed before altering the nasal hump or bridge.

Our surgeon will remove extra cartilage from the underside of your nose, just around the nostrils. Just how much cartilage is removed depends upon your desired results and within the limitations of safe surgery.

It is often a more challenging and complicated procedure that requires an experienced facial plastic surgeon.

These patients typically undergo this procedure if they feel their results are unnatural or are not in harmony with the rest of their face.

Reconstructive rhinoplasty is a procedure to reconstruct a damaged or deformed nose that is medically necessary to restore its functionality after an injury, illness, or developmental abnormality.

In spite of the fact that there is often a crossover between cosmetic and reconstructive procedures, the NHS or medical insurance usually covers the cost of operations that aim primarily to restore health and function instead of simply enhancing a patient’s appearance.

As nasal and facial plastic surgeons, we have the training and experience to reconstruct the complex three-dimensional anatomy of the nose, with an appreciation of both form and function.

We can advise you at the time of your consultation whether your goals are primarily cosmetic or reconstructive.

How many types of nose surgeries are there?

Apart from the two main methods of nose surgery – open and closed rhinoplasty – there are many variations depending on the area of concern.

These can be both cosmetic and medical procedures and include alar base correction, dorsal hump removal, deviated septum surgery, nasal tip surgery, ethnic rhinoplasty, broken nose rhinoplasty, nose reduction surgery and revision rhinoplasty, among others.

Which rhinoplasty is best?

There is no single type of nose surgery that can be called the best. It varies according to the specific issue you are looking to correct.

Always consult with a qualified and experienced rhinoplasty specialist who can advise you on the type of nose surgery that can produce the best result for your situation.

What is the most expensive nose job?

The cost of these procedures is higher than that of a typical nose job due to the added complexity of a previous surgery with undesirable results.

If you are considering Rhinoplasty Surgery, a consultation with our Consultant Plastic Surgeon is a more in-depth way to understand more about having this surgery.

Contact us on 02078877607 or  info@berkeleysquaremedical.com to arrange an appointment today.